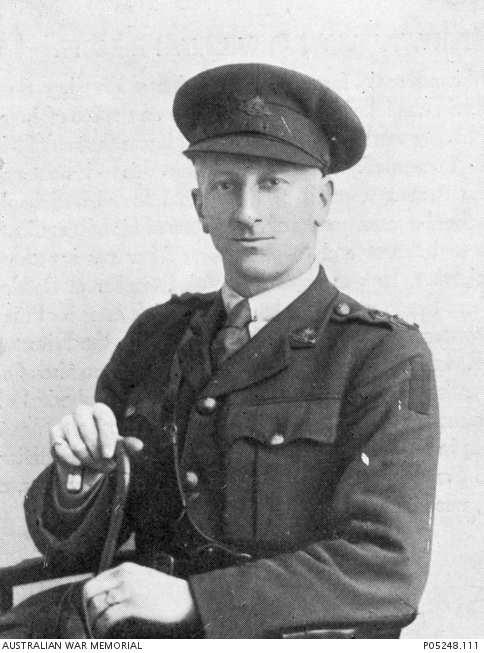 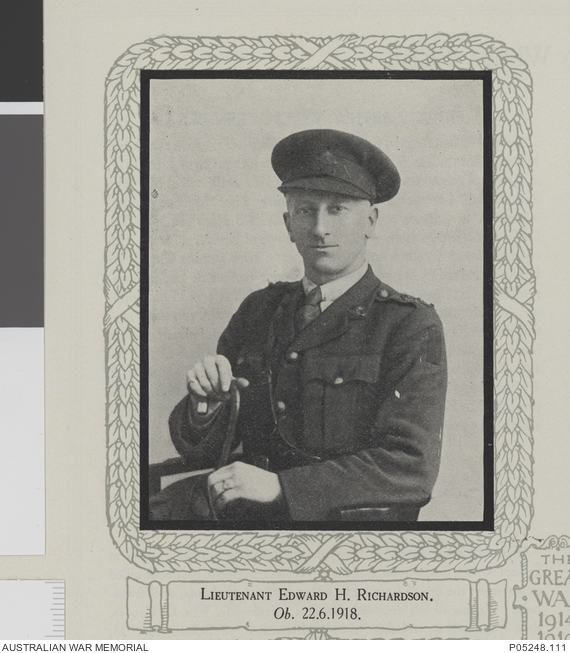 Studio portrait of Lieutenant (Lt) Edward Henry Richardson, 30th Battalion of Northcote, Victoria. A school teacher prior to enlisting, as 1029 Corporal Richardson, he embarked from Sydney aboard HMAT Beltana (A72) on 9 November 1915. After being involved in several of the major operations of the War, including Fleurbaix, France in July 1916 and Polygon Wood, Belgium, in September 1917 he was killed in action in the Morlancourt area, France on 22 June 1918, aged 24. Lt Richardson is buried in the Mericourt-L'Abbe Communal Cemetery Extension, France.