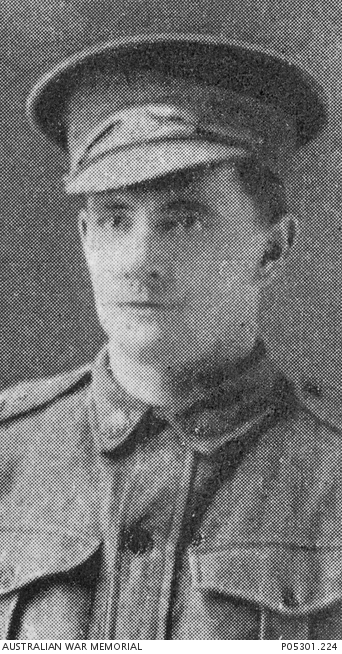 Studio portrait of 4091 Private William John Copas, 19th Battalion, of McMahon's Point, NSW. Believed to be the son of John H and Mary J Copas. Dorking, England. A steelworker prior to enlisting, he embarked from Sydney aboard HMAT Orsova (A67) on 11 March 1916. He was killed in action at Sanctuary Wood near Ypres, Belgium on 19 September 1916, aged 25. He is buried in Railway Dugouts Burial Ground (Transport Farm) Zillebeke, Belgium..