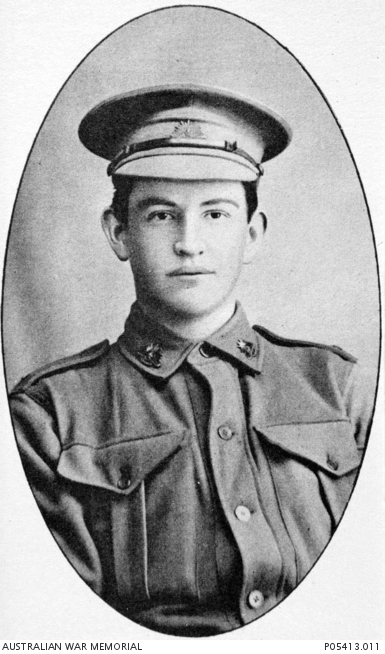 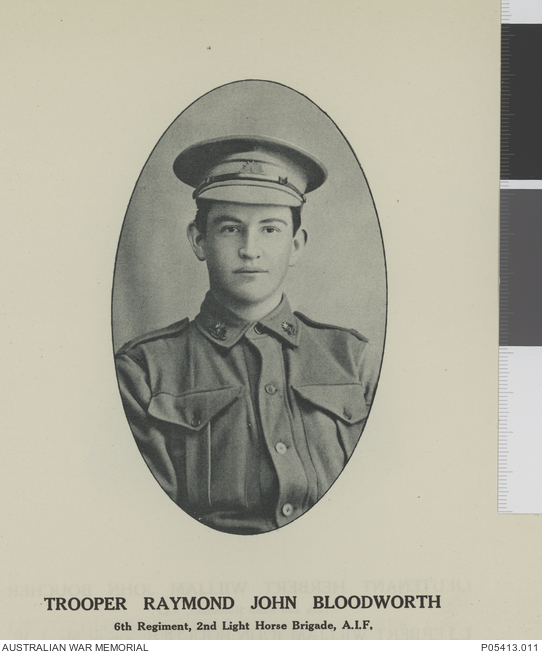 Studio portrait of 1210 Private (later Trooper) Raymond John Bloodworth, 6th Light Horse Regiment, of Coonamble, NSW. A bank clerk prior to enlistment, he embarked from Sydney on HMAT Suffolk (A23) on 28 July 1915. He was killed in action near Jerusalem, Palestine on 29 November 1917, aged 21. He has no known grave and is remembered with honour on the Jerusalem Memorial, Israel.