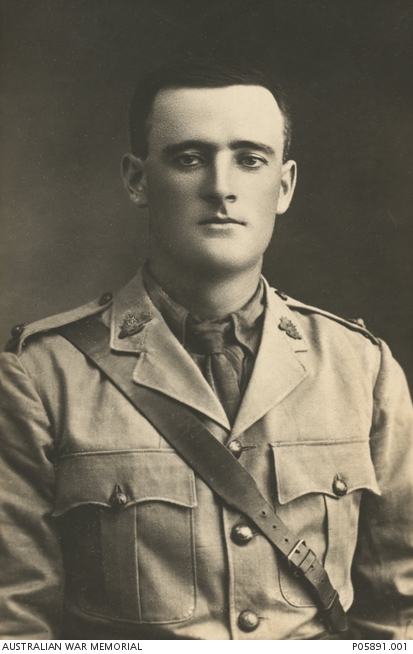 Studio portrait of Second Lieutenant (2nd Lt) George Stanley McIlroy, 24th Battalion, of South Melbourne. An optician prior to enlistment, 2nd Lt McIlroy embarked as a Sergeant with C Company on HMAT Euripides on 10 May 1915. Following a promotion to the rank of Captain he was awarded the Military Cross, gazetted in London 1 January 1917. The award was "for conspicuous ability and gallantry as a Company Commander throughout the operations in France from 26 March 1916. He looks well after his men and has set them a fine example of soldierly endurance under heavy shell fire at Pozieres. His Company has done excellent work throughout, and this is due in great part to the powers of leadership developed by Captain McIlroy". Due to illness, he returned to Australia on 17 March 1917.