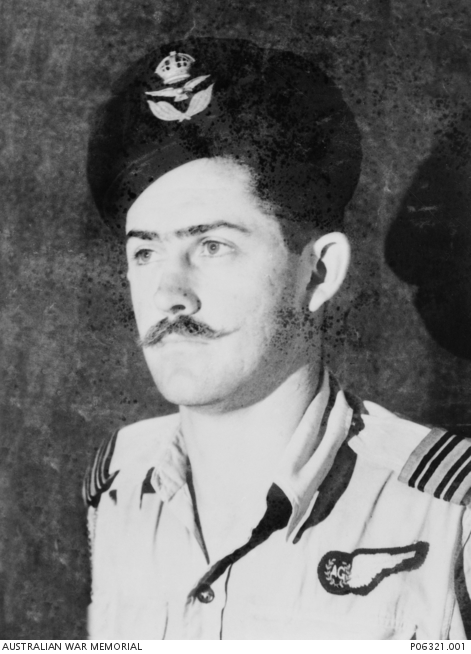 Studio portrait of 411867 Flight Lieutenant (Flt Lt) James Henry Cox of Sydney, NSW. Enlisting in the RAAF in June 1941, Flt Lt Cox was an Air Gunner who flew reconnaissance missions in Catalina aircraft with 43 Squadron in the Pacific campaign. He went missing, presumed killed, when his aircraft failed to return from a mining operation over Manila Bay in the Philippines on 14 December 1944.