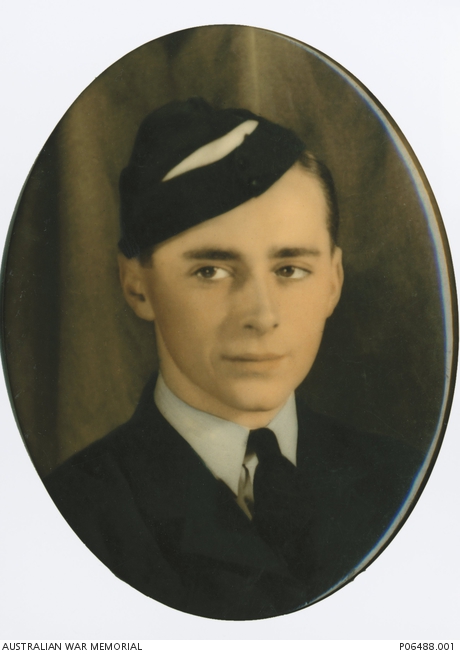 Portrait of 420858 Aircraftman Robert Edward Butt, RAAF. Formerly a clerk, Butt enlisted at Sydney on 6 December 1941, and was posted to 44 (Rhodesia) Squadron, RAF. Promoted Pilot Officer (PO), he and three others from the seven man crew of Lancaster ND538 were killed whilst on bombing operations over Germany on the night of 22/23 March 1944.