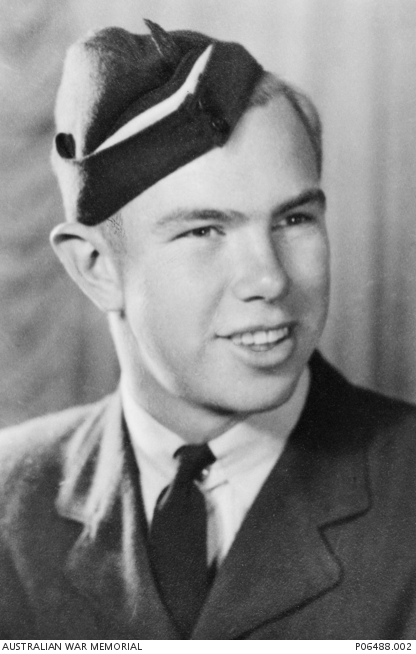 Portrait of 423335 Aircraftman John Symms Scott of Mosman, NSW. Formerly an articled accountant, Scott enlisted on 20 June 1942, and embarked from Brisbane, Qld, on 3 October 1942. After training in Canada and the United Kingdom, he was posted to 51 Squadron, RAF, and promoted to Flight Sergeant. He was killed whilst on bombing operations over Germany on the night of 24 March 1944.