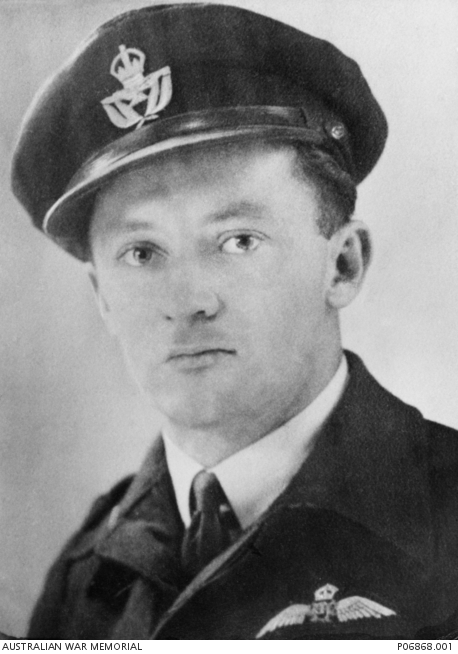 Studio portrait of 425514 Pilot Officer (PO) Patrick Gordon Thomas Hoolihan, RAAF attached to No. 92 Squadron RAF. A native of Hughenden, Qld, he enlisted on 28 March 1942. Whilst serving as a pilot with the RAF in the United Kingdom, PO Hoolihan was killed whilst on operations over Italy on 16 April 1945, aged 24. He was posthumously awarded the Distinguished Flying Cross on 30 October 1945 for his "skill and gallantry on a large number of sorties".