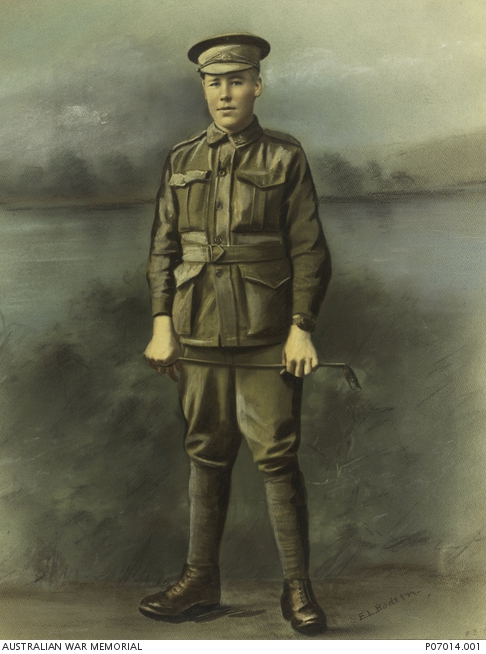 Portrait of 5087 Private (Pte) Cecil Stanton, 17th Battalion, of Penrith, NSW. A labourer prior to enlistment, he embarked with the 13th Reinforcements from Sydney aboard HMAT Kyarra on 5 June 1916. Later transferring to the 33rd Battalion, Pte Stanton was wounded in action in France in February 1917. After several months in hospital he rejoined his unit in Belgium. On 2 June 1917, Pte Stanton died of wounds received in action at the 9th Field Ambulance, Belgium, aged 20. This portrait of Pte Stanton has been substantially hand-coloured and over-painted, with an atmospheric landscape scene added to the background. A similar hand-coloured commemorative portrait was made for Pte Stanton's cousin, 5035A Private (Pte) William Young Hoswell, 17th Battalion, who was killed in action on 7 June 1917, aged 21.