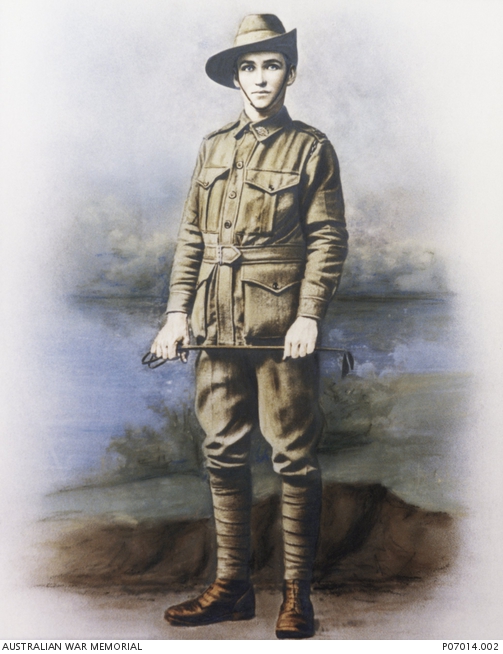 Studio portrait of 5035A Private (Pte) William Young Hoswell, 17th Battalion, of Forbes, NSW. A labourer prior to enlistment, Hoswell embarked from Sydney with the 13th Reinforcements aboard HMAT Kyarra on 5 June 1916. Later transferring to the 33rd Battalion, he arrived with his unit at the Ypres Sector of Belgium in mid 1917. Pte Hoswell was killed in action on 7 June 1917, the day the battle of Messines was lauched, aged 21. A similar hand-coloured commemorative portrait was made for Pte Stanton's cousin, 5087 Pte Cecil Stanton, 17th Battalion, who died of wounds on 2 June 1917, aged 20.