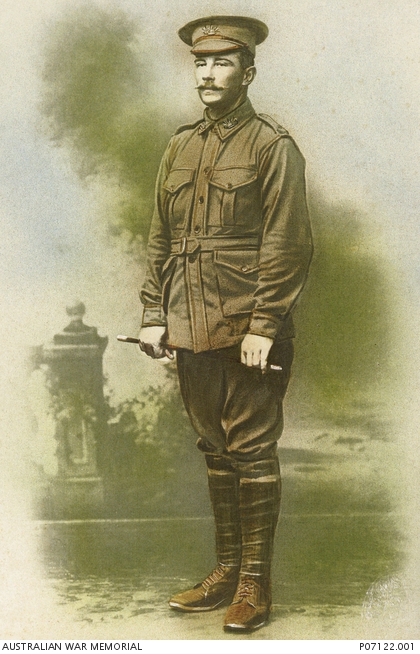 Studio portrait of 1541 Private (Pte) Leslie Fraser, 9th Battalion, of Hay, NSW. A labourer and driller prior to enlisting in December 1914, Pte Fraser embarked from Brisbane with the 3rd Reinforcements on board HMAT Seang Choon (A49) on 13 February 1915. He returned to Australia before departing again for Egypt in July 1915 with the 6th Reinforcements to the 7th Battalion. He was given the new regimental number of 2261. Pte Fraser arrived at Gallipoli on 5 August 1916. He was listed as missing in action at Lone Pine on 8/9th August 1915. In June 1916 it was confirmed that he had been killed in action by shellfire. He was 31 years of age.