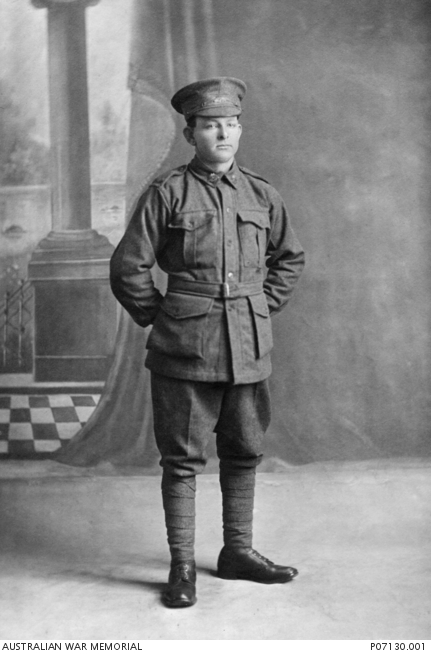 Studio portrait of 3783 Pte Alfred George Chatfield, 32nd Battalion, of Hackney, SA. A horse driver before enlisting on 7 August 1916, he embarked from Adelaide on HMAT Commonwealth on 21 September 1916 with the 9th Reinforcements. He was hit by a shell and killed in action on 1 August 1918, on the Bray-Corbie Road opposite Morlancourt, France, while serving with 6 Platoon, B Company. He was 34 years old.