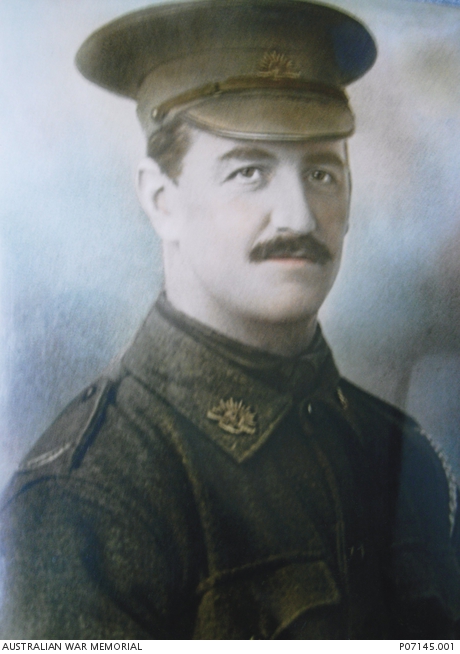 Studio portrait of 7010 Private (Pte) Frederick Alfred Warren Hastings, 28th Battalion, of Leederville, WA. Formerly a contractor, Pte Hastings enlisted on 3 September 1916 and as a member of the 21st Reinforcements, he embarked from Albany aboard HMAT Port Melbourne (A16). He served on the Western Front and was killed in action at the third battle of Morlancourt, France on 10 June 1918, aged 35.