Studio portrait of Collier Robert Cudmore, British Army who was a lawyer and politician born in ... 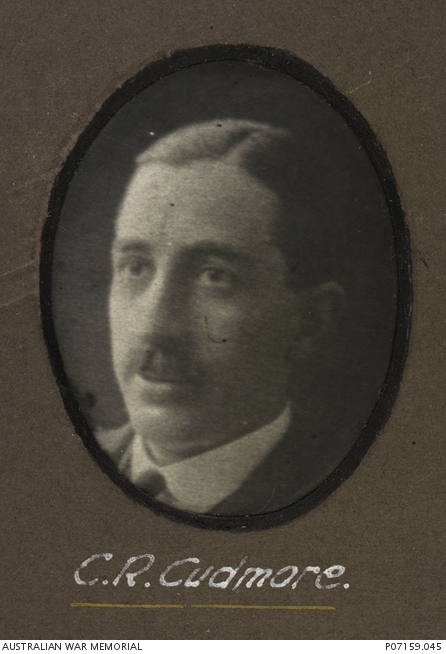 Studio portrait of Collier Robert Cudmore, British Army who was a lawyer and politician born in 1885 in NSW and educated in Adelaide, South Australia. He won a gold medal in rowing as a member of the British four at the 1908 Olympic Games. Commissioned in the Royal Field Artillery Special Reserve in France on 11 August 1915, he commanded a battery and was twice severely wounded. During World War II he was a battalion commander in the Australian Volunteer Defence Corps and chairman of the Australian War Service League He was knighted in 1958 and died in 1971 in North Adelaide. One of 131 photographs displayed on an honour board showing members of the Adelaide Rowing Club who enlisted for active service in the First World War. The original is held by the Adelaide Rowing Club who kindly loaned the board to the Australian War Memorial for copying.