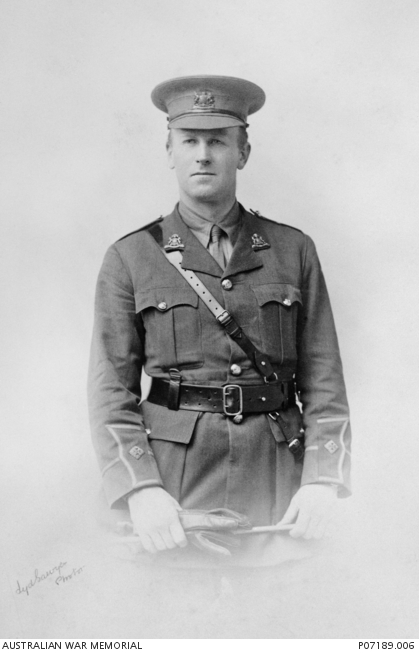 Studio portrait of Lieutenant Arthur Dight Walker, 7th Battalion, Manchester Regiment, British Army. He was the son of a Presbyterian minister, John Walker of Bendigo, Vic., who enlisted as a chaplain in the AIF. A sister and four brothers also enlisted in British and Australian forces; two of his brothers were killed in action. On 18 October 1916, while attached to the 19th Battalion, he died of wounds at Flers. He was 32 years old.