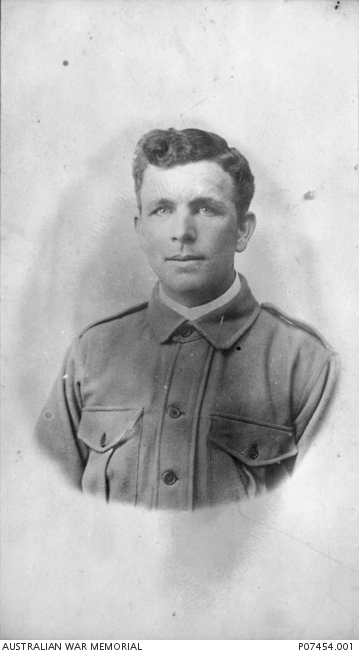 Studio portrait of 2239 Private (Pte) Thomas Henry Howe, 1st Battalion, of Erskineville, NSW. A bricklayer before enlisting in April 1915, Pte Howe left Australia for Egypt with the 6th Reinforcements in June 1915, and arrived on the Gallipoli peninsula on the first day of the Battle for Lone Pine in August 1915. Pte Howe had shattered his thigh and was wounded in the left arm after two days at Gallipoli, and was evacuated to Mudros where he died of his wounds on 9 August 1915, aged 31.