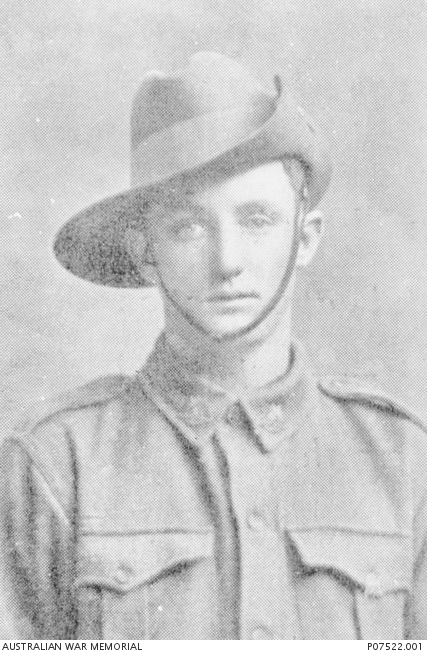 Studio portrait of 2478 Private Walter Reginald Waanders, 32nd Battalion, of Adelaide, SA. A labourer before enlisting in December 1915, Pte Waanders left Australia for England in March 1916, and after transferring to the 48th Battalion, arrived in France for service on the Western Front in April 1916. Pte Waanders survived the war, and returned to Australia in March 1919, only to die from a epithelioma of the neck at Keswick Hospital on 20 May 1919, aged 24. Pte Waanders' photograph appears in a memorial booklet, which includes a poem and the words "In loving memory of our dead son and brother".