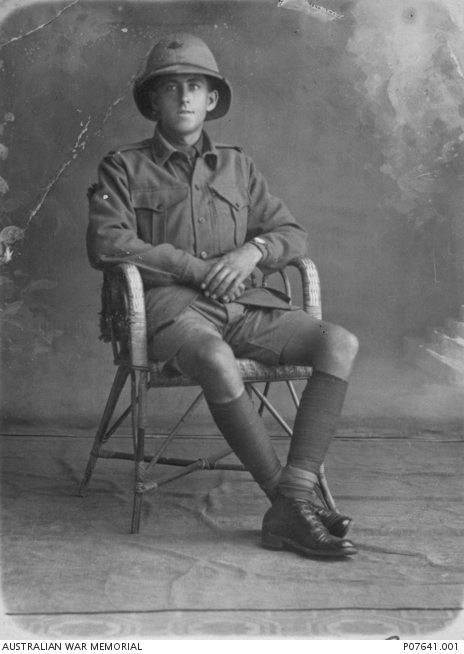 Studio portrait of 4178 Private (Pte) Francis Harrup Northey, 22nd Battalion, of North Fitzroy, Vic. A clerk prior to enlistment, he embarked with the 10th Reinforcements from Melbourne aboard HMAT Wiltshire on 7 March 1916. While serving in France, Pte Northey was killed in action during the Second Battle of Bullecourt on 3 May 1917, aged 25.