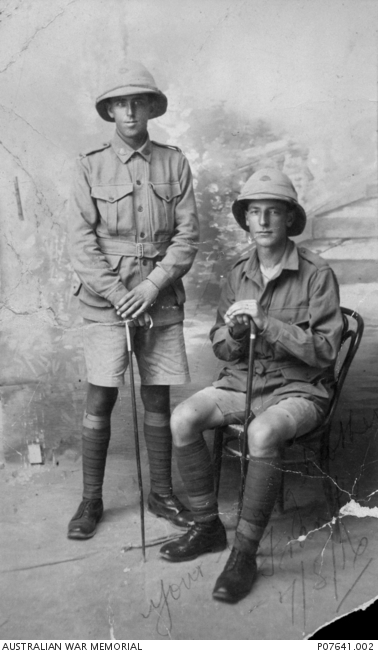 Studio portrait of 4178 Private (Pte) Francis Harrup Northey (left) and 4231 Pte Arthur William Woodward, both of the 22nd Battalion. Northey and Woodward were good friends before the war, and enlisted together in December 1915. They embarked with the 10th Reinforcements from Melbourne aboard HMAT Wiltshire on 7 March 1916. While serving in France, Pte Northey was killed in action during the Second Battle of Bullecourt on 3 May 1917, aged 25. During the same battle Pte Woodward was wounded in the upper leg on 5 May 1917, and died at the 5th General Hospital at Rouen 18 days later, aged 28.