Outdoor group portrait of the members of 9 Squadron, RAAF, and three of the squadron's UH-1H ... 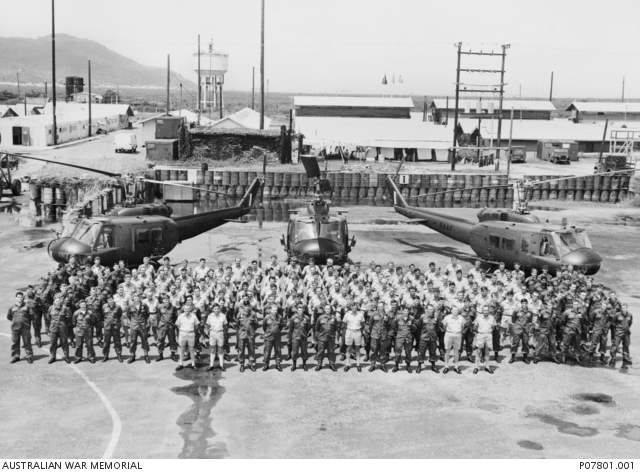