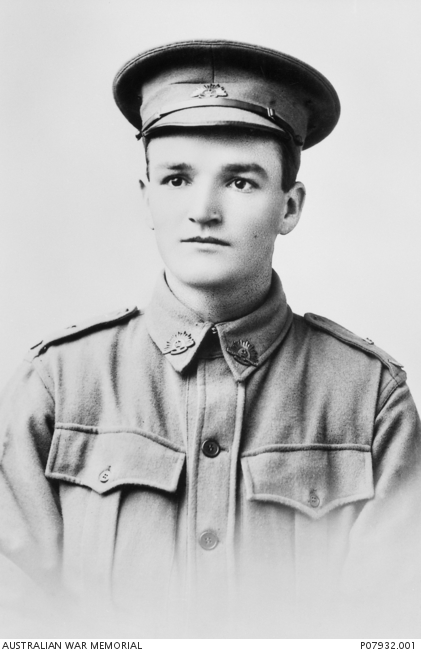 Studio portrait of Second Lieutenant (2nd Lt) Walter Bentley Jackson, 28th Battalion, of North Fremantle, WA. Formerly a grocer, 2nd Lt Jackson enlisted as a private on 21 June 1915 and as a member of the 3rd Reinforcements he embarked from Fremantle aboard HMAT Rachises (A68) on 2 September 1915. He served on the Western Front where he was Commissioned on 17 April 1917. He was wounded in action at the second battle of Bullecourt on 3 May 1917 and was evacuated to the 3rd Casualty Clearing Station where he died of his wounds later that day. He was aged 24 years.