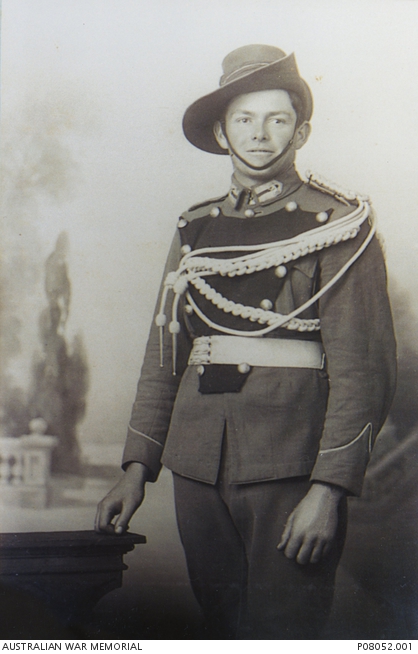 Studio portrait of 149 Trooper (Tpr) William Harold Pinkerton, 1st Australian Light Horse Regiment wearing the full dress uniform of the NSW Lancers. Tpr Pinkerton, a labourer from Scone, NSW prior to enlistment, embarked with A Squadron from Sydney on HMAT Star of Victoria on 20 October 1914. On 7 August 1915 he was killed in action at Gallipoli, aged 23 and is commemorated on the Lone Pine Memorial.