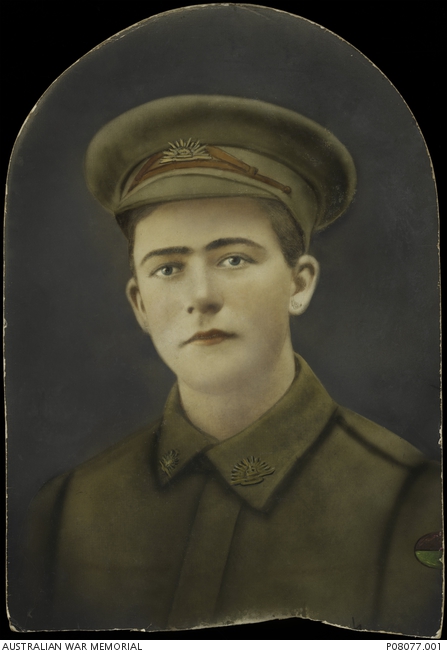 Studio portrait of 2096 Private (Pte) Sidney Alfred William Montgomery, 35th Battalion, of Byron Bay, NSW. Formerly a carter, Pte Montgomery enlisted on 6 March 1916, and as a member of the 3rd Reinforcements he embarked from Sydney, NSW, aboard HMAT Anchises (A68) on 24 August 1916. He served on the Western Front where he was killed in action during the battle of Passchendaele on 12 October 1917, Aged 19 years.