Studio portrait of 339 Private (Pte) Roy Stuart Salter, 5th Battalion, of Windsor, Vic. He was a ... 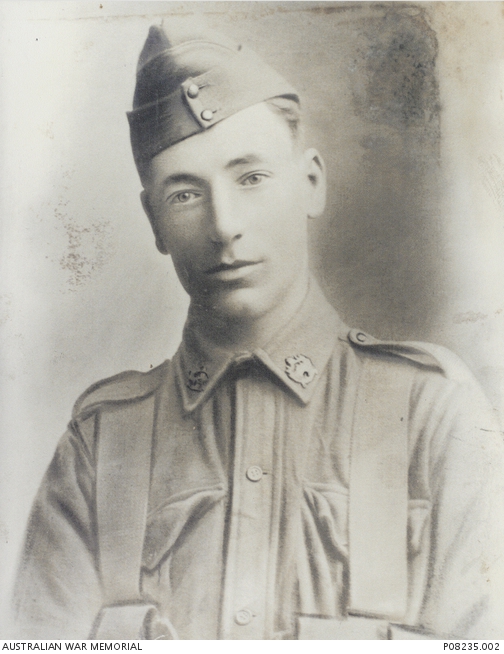 Studio portrait of 339 Private (Pte) Roy Stuart Salter, 5th Battalion, of Windsor, Vic. He was a hairdresser prior to enlisting in August 1914.
Pte Roy Salter and his two brothers, also of the 5th Battalion, 301 Pte Alfred William Salter and 1065 Pte Arthur George Salter, embarked on board HMAT Orvieto (A3) on 21 October 1914. All took part in the landing at Anzac Cove on 25th April 1915 where Pte Roy Salter was wounded in action and his brother Alfred was killed. Pte Roy Salter rejoined his battalion in June but was soon transferred to the 60th Battalion and sent to France. On 15 July 1916 he was appointed Lance Corporal (L/Cpl). On 19 July 1916 L/Cpl Roy Salter was killed in action at Fleurbaix, France. He was 20 years of age. His brother Arthur was discharged on medical grounds and returned to Australia in June 1916.