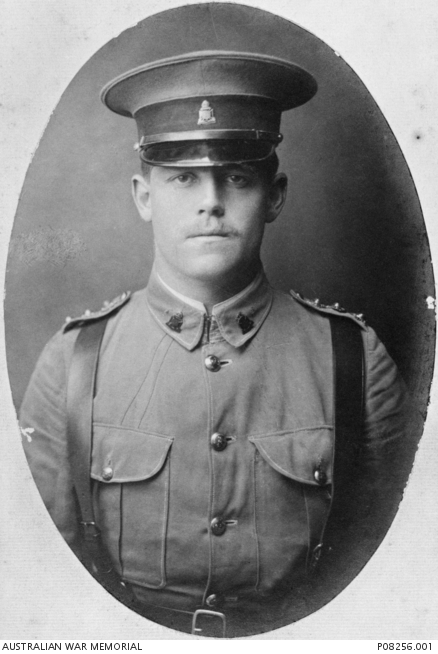 Studio portrait of Captain (Capt) Cedric Holroyd Permezel, 7th Battalion, of East Malvern, Vic. Prior to enlisting with the 1st AIF, Capt Permezel had served as a Captain and Adjutant with the 58th Battalion, Essendon Rifles. He embarked with the 1st Reinforcements from Melbourne aboard HMAT Themistocles on 22 December 1914. The 7th Battalion took part in the Anzac landing on 25 April 1915, as part of the second wave. On 14 July 1915 Capt Permezel was wounded in action and evacuated to the hospital ship HMHS Gascon, where he died shortly afterwards, aged 23. He was buried at sea three miles off Gaba Tepe, Gallipoli Peninsula.