Embarkation of HMAT Euripides (A14), Woolloomooloo, Sydney. Euripides was a transport ship ... 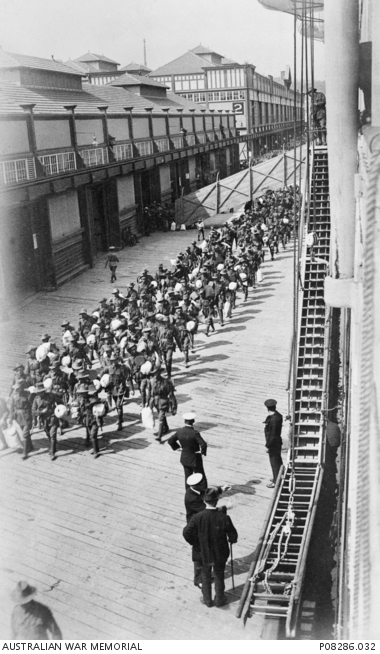 Embarkation of HMAT Euripides (A14), Woolloomooloo, Sydney. Euripides was a transport ship requisitioned by the Australian government in 1914. Fitted out to carry 136 officers, 2204 other ranks and 20 horses, she carried soldiers of the Australian Imperial Force and reinforcements to battalions serving in Gallipoli, Egypt, and on the Western Front. She continued carrying troops to and from Australia until 1919. During the Second World War, Euripides was again requisitioned though by this time she had been renamed 'Akaroa' by new owners. The ship was eventually retired, and broken up in 1954.