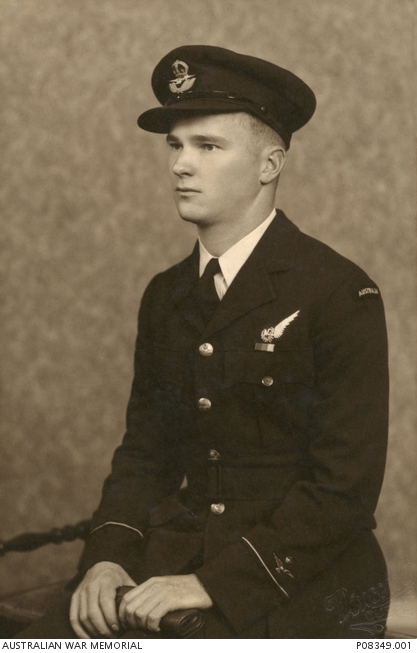 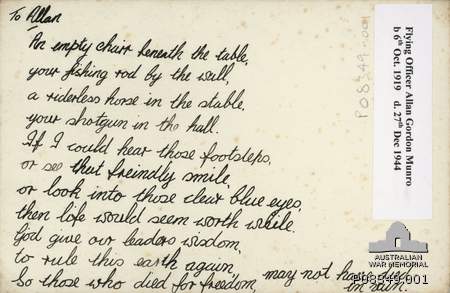 Studio portrait of 411596 Pilot Officer, later Flying Officer (FO) Allan Gordon Munro, 32 Squadron, of Coonamble, NSW. FO Munro enlisted in May 1941 and after promotion was a wireless airgunner on board Beaufort aircraft A9-642. On 27 December 1944, A9-642 was lost while engaged in submarine patrolling off the coast of North Queensland. No trace was found of the aircraft nor its crew of four men. FO Munro was 22 years of age.