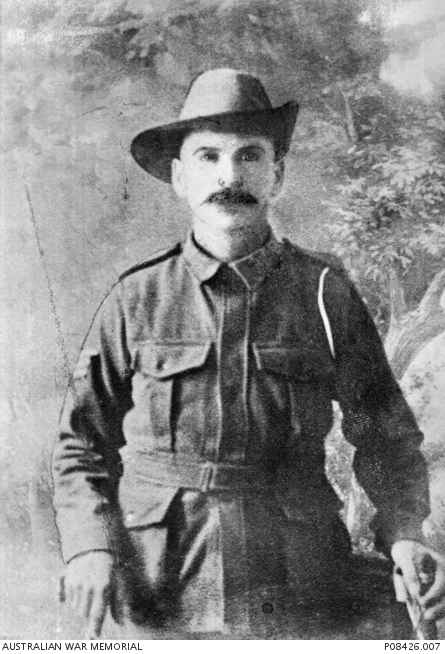 Studio portrait of 3289 Private (later Sergeant) David Dobson, 8th (later 59th) Battalion of Caulfield, Victoria. A veteran of the South African War, he was a school teacher prior to enlisting and embarked from Melbourne aboard HMAT Nestor (A71) on11 October 1915. On 19 July 1916, aged 45, he was killed in action near Sailly, France. He is buried in the Rue-Du-Bois Military Cemetery, Fleurbaix, France.