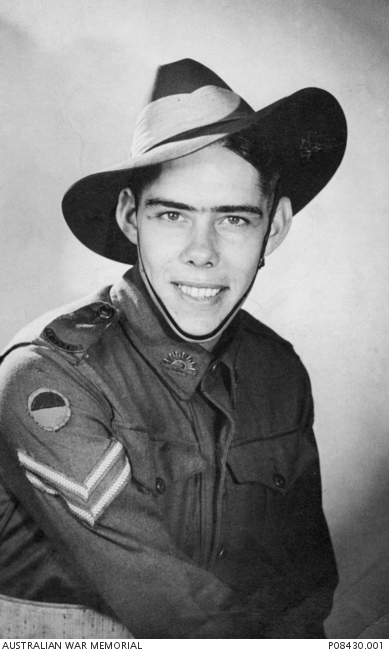 Studio portrait of NX43768 Corporal Leonard Bruce (Len) Smeaton, 2/33 Battalion, of Earlwood, NSW. After serving in the Second World War in the Middle East and Papua New Guinea, Len Smeaton enlisted as a Private (Pte) in the Korean War, serving with A Company, 3rd Battalion, The Royal Australian Regiment (3RAR). 2400121 Pte Smeaton died on 8 November 1950 from wounds received at the Battle of Pakchon on 5 November. He was aged 28. His body was initially buried in a temporary United Nations cemetery next to the church at Sukchon, North Korea, however his remains were later reinterred in the United Nations Cemetery, Pusan.