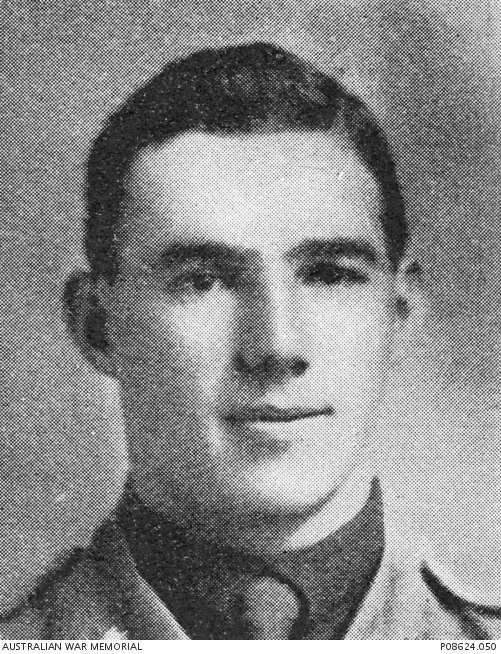 Studio portrait of 3806 Acting Sergeant (later Private) Wilton Campbell Gamack, 19th Battalion of Mackay River, NSW. A clerk prior to enlisting, he embarked from Sydney aboard the HMAT Runic (A54) on 20 January 1916. He was killed in action on 6 November 1917 on the Zonnebeke road near Passchendaele Ridge,Belgium, aged 22. His body was not found and he is remembered with honour on the Ypres (Menin Gate) Memorial, Belgium.