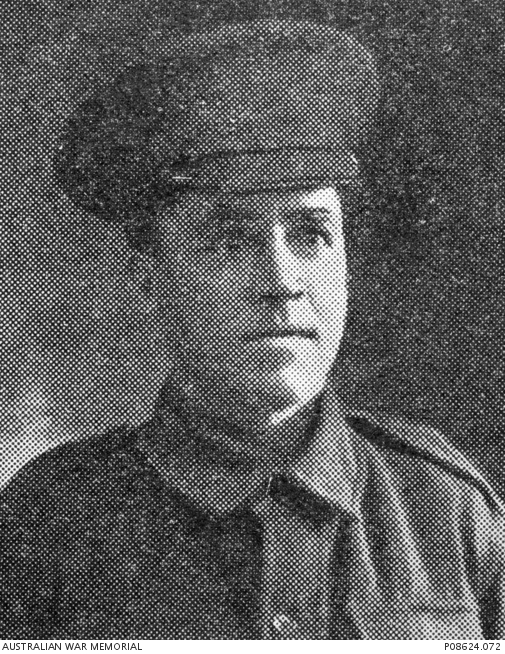 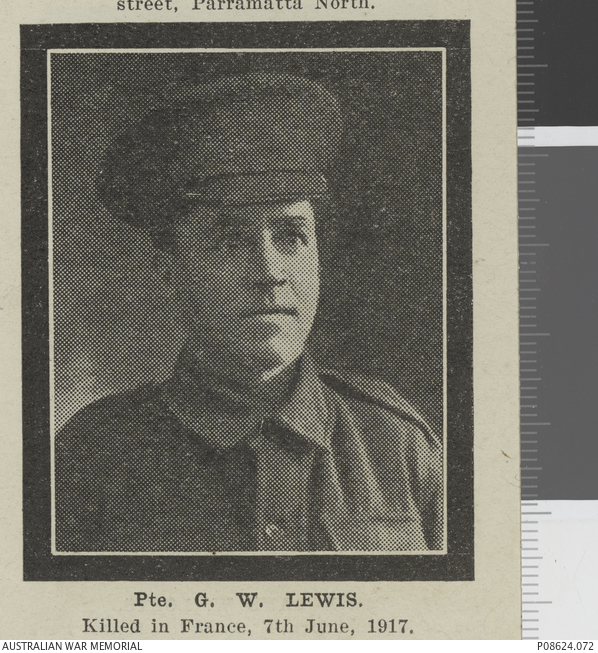 Studio portrait of 1938 Private George William Lewis, 53rd (later 34th) Battalion of Parramatta, NSW. A yardman prior to enlisting, he embarked from Sydney aboard the HMAT Ceramic (A40) on 14 April 1916. He was wounded in action at Messines, Belgium on 7 June 1917 and died that day at the No. 2 Australian Casualty Clearing Station, France, aged 45. He is buried in the Trois-Arbres Cemetery, Steenwerck, Belgium.