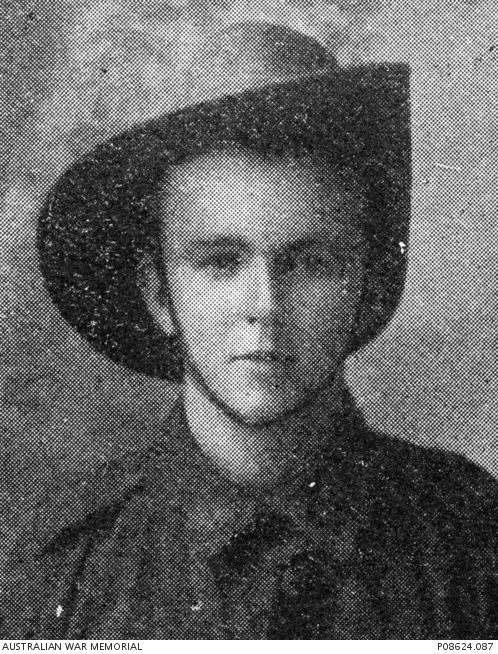 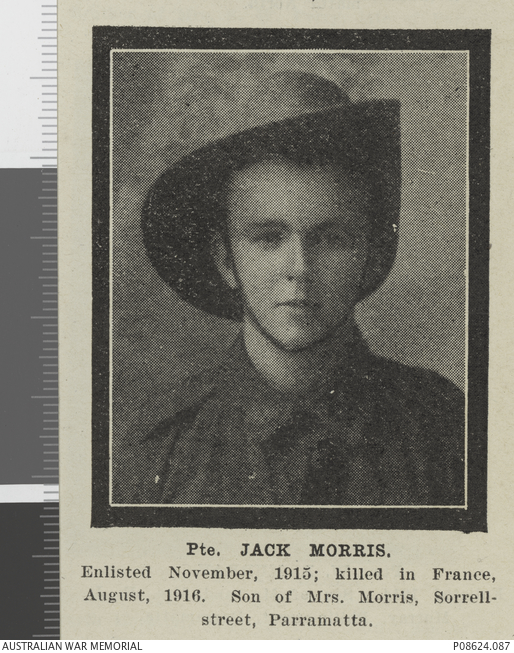 Studio portrait of 4849 Private Jack Morris,13th (later 45th) Battalion of Parramatta, NSW. A mechanics fitter prior to enlisting, he embarked from Sydney aboard the HMAT Star of England (A15) on 8 March 1916. He was killed in action near Martinpuich, Somme, France on 6 August 1916, aged 18. Post war his body was not recovered and he is remembered with honour on the Villers-Bretonneux Memorial, France.