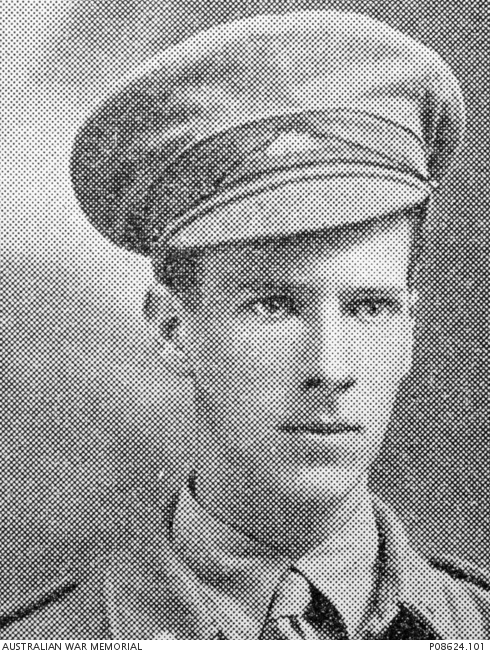 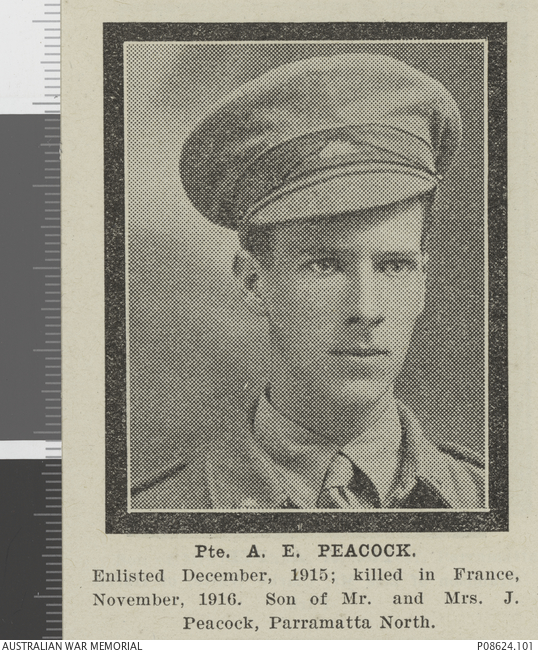 Studio portrait of 4752 Acting Corporal (later Private) Aubrey Ernest Peacock, 20th Battalion of Parramatta, NSW. A clerk prior to enlisting, he embarked from Sydney aboard the HMAT Ceramic (A40) on 13 April 1916. He was killed in action on 10 November 1916 near Gueudecourt, France, aged 20. He is buried in the Caterpillar Valley Cemetery, Longueval, France.