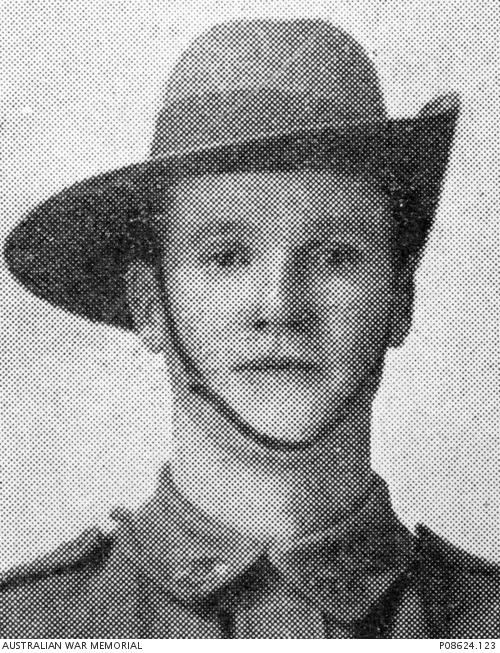 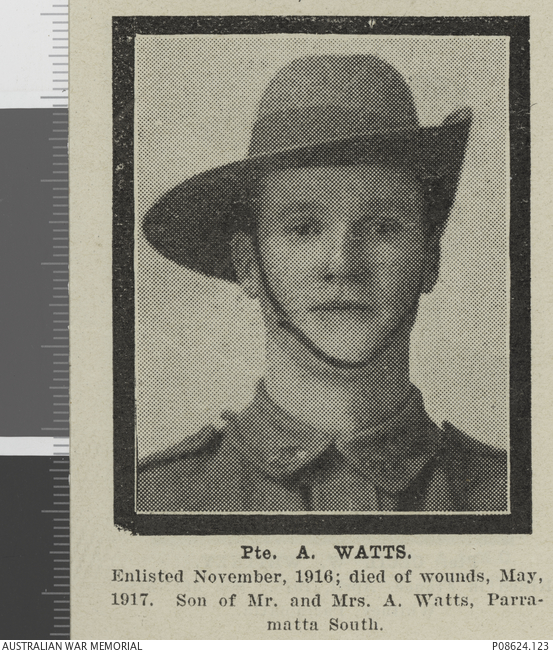 Studio portrait of 2753 Private Alfred Watts, 56th Battalion of Parramatta, NSW. A boilermaker prior to enlisting, he embarked from Sydney aboard the HMAT Ceramic (A40) on 7 October 1916. He was wounded in action, on 19 May 1917 while on a fatigue patrol between Vaux and Noreuil, near Bullecourt, France and died soon after en route to the Casualty Clearing Station, aged 24. He is buried in the Favreuil British Cemetery, France.