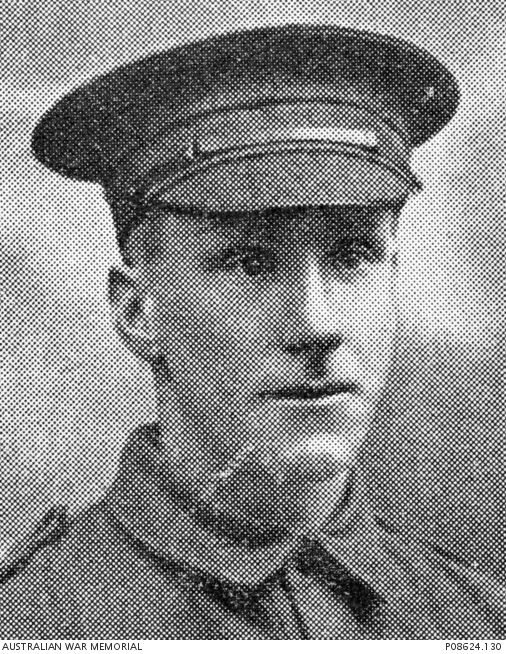 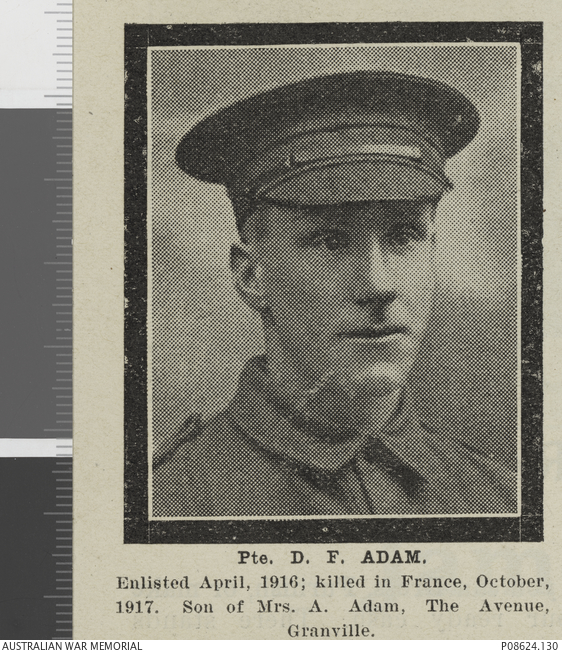 Studio portrait of 5536 Private David Ford Adam, 17th Battalion of Granville, NSW. A locomotive firemen prior to enlisting, he embarked from Sydney aboard the HMAT Euripides (A14) on 9 September 1916. He was killed in action on 9 October 1918 during the Third Battle of Ypres, aged 30. He was buried in the vicinity of Broodseinde Ridge, Passchendaele, Belgium. Post war his grave was not located and he is remembered with honour on the Ypres (Menin Gate) Memorial, Belgium.