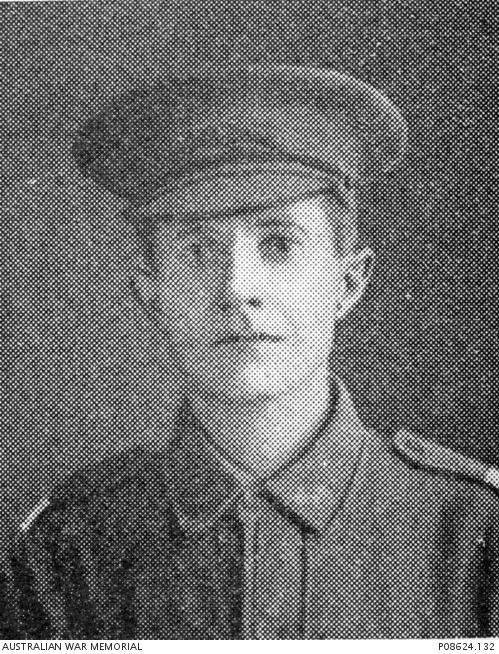 Studio portrait of 701 Private William Andrew Anderson, 36th Battalion of Granville, NSW. A horse driver prior to enlisting, he embarked from Sydney aboard the HMAT Beltana (A72) on 13 May 1916. He was killed in action on 12 October 1917 at Passchendaele, Belgium during the Third Battle of Ypres, aged 39. Post war his body was not recovered and he is remembered with honour on the Ypres (Menin Gate) Memorial, Belgium.