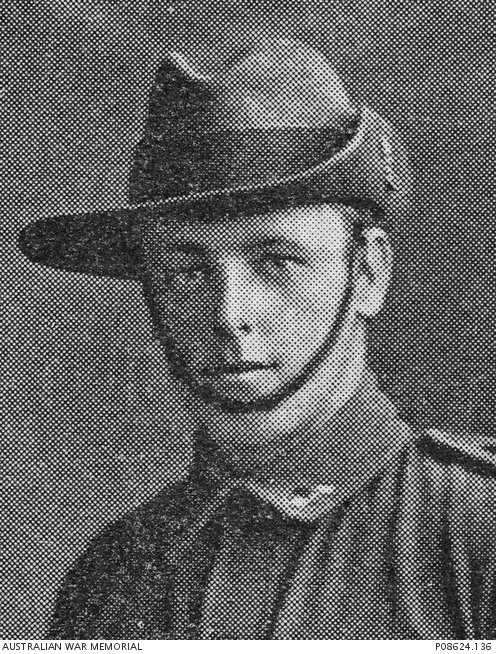 Studio portrait of 2331 Private (later Corporal) George Walter Banks,17th Battalion of Granville, NSW. A salesman prior to enlisting, he embarked from Sydney aboard the HMAT Themistocles (A32) on 5 October 1915. He transferred to the 5th Company Australian Machine Gun Corps and was wounded in action on 6 November 1917 at Passchendaele, Belgium. He died at the 3rd Canadian Casualty Clearing Station, Belgium, on 9 November 1917, aged 24 and is buried in the Lijssenthoek Military Cemetery, Belgium.