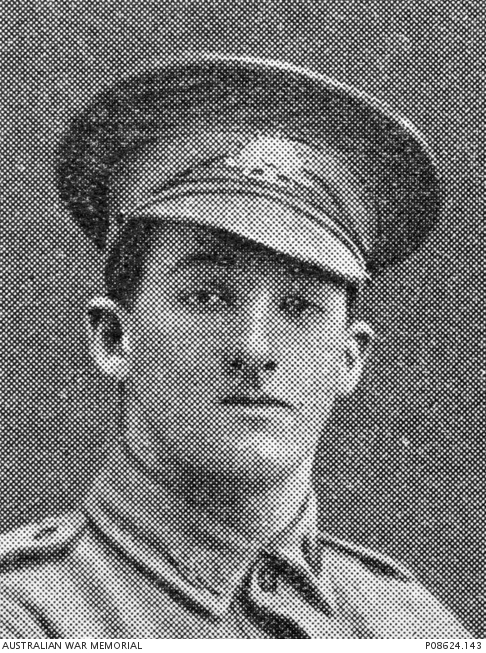 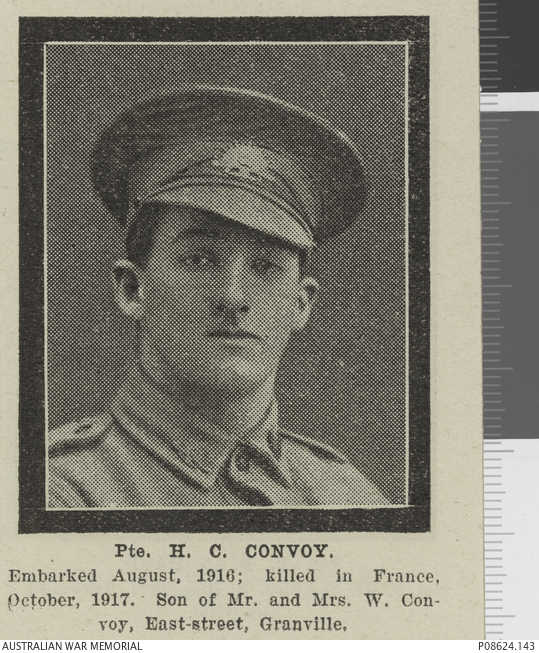 Studio portrait of 5330 Private Harold Colin Convoy, 17th Battalion of Strathfield, NSW. A labourer prior to enlisting, he embarked from Sydney aboard the HMAT Wiltshire (A18) on 22 August 1916. He transferred to the 19th Battalion and was killed in action on 8 October 1917 at Zonnebeke, Belgium, aged 19. He has no known grave and is remembered with honour on the Ypres (Menin Gate) Memorial, Belgium.