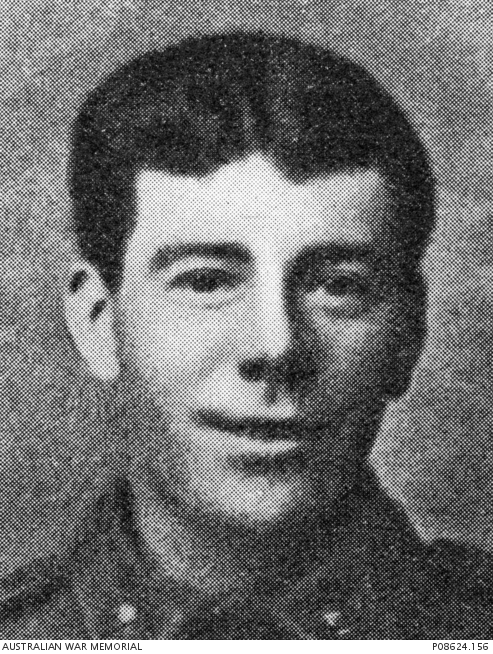 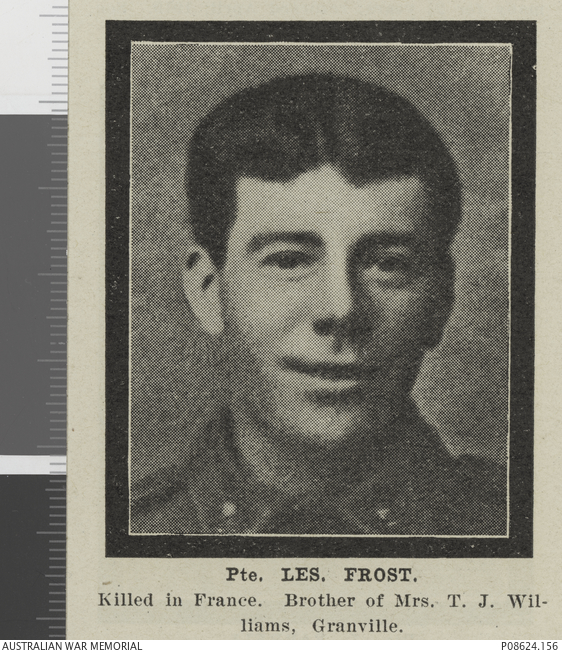 Studio portrait of 506 Private Leslie Philip Frost, 6th Machine Gun Company of Mitcham, Vic. An orchardist prior to enlisting, he embarked from Melbourne aboard HMAT Medic (A7) on 16 December 1916. He transferred to the 3rd Battalion Australian Machine Gun Corps. and was killed in action on 29 September 1918 during the attack on the St Quentin Canal, France, aged 22. He is buried in the Unicorn Cemetery, Vend'huile, France.