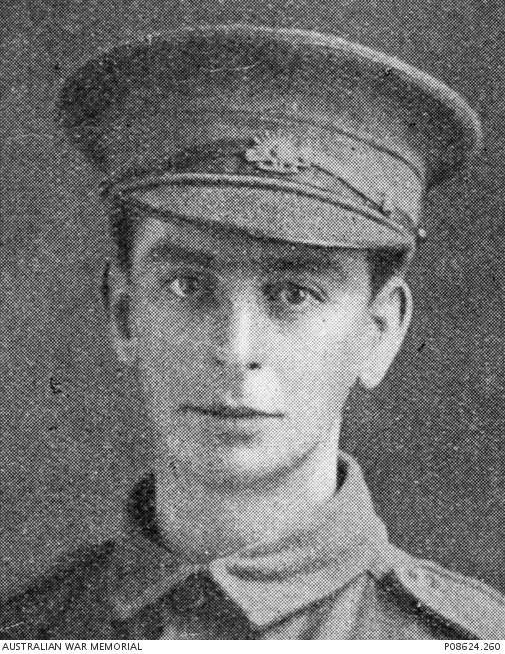 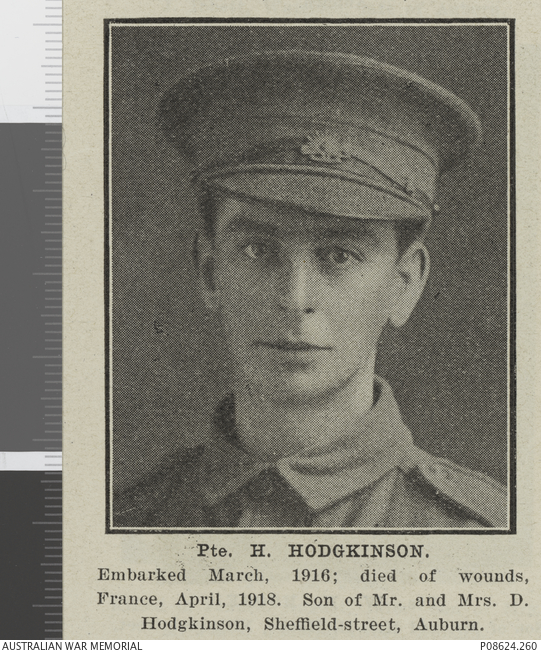 Studio portrait of 4797 Private (later Driver) Henry Hodgkinson, 1st (later 53rd) Battalion of Auburn, NSW. A grocers assistant prior to enlisting, he embarked from Sydney aboard HMAT Star of England (A15) on 8 March 1916. He was killed in action near Amiens, France on 24 April 1918, aged 28. He is buried in the Daours Communal Cemetery Extension, France.