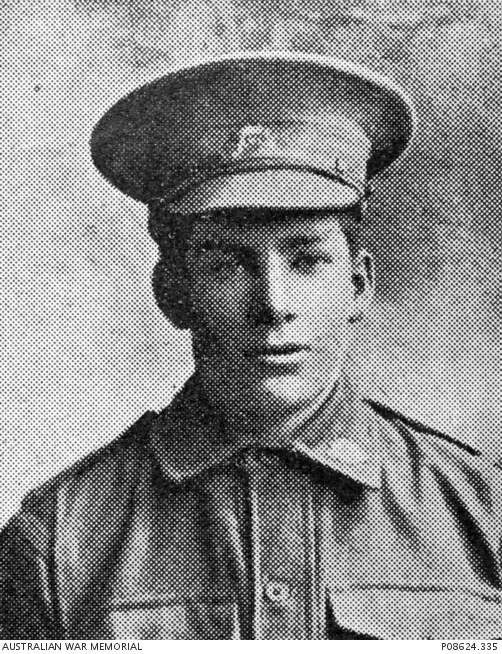 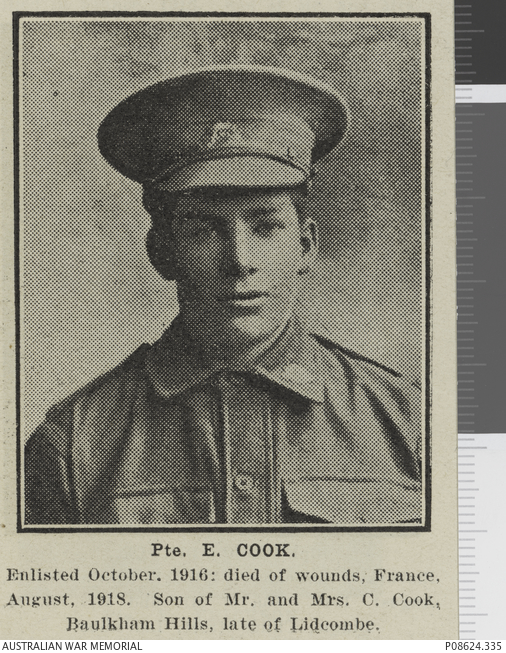 Studio portrait of 2877 Private Ernest Arthur Cook, 59th Battalion of Lidcombe, NSW. A farmer prior to enlisting, he embarked from Sydney aboard HMAT Afric (A19) on 3 November 1916. On 9 August 1918, he was wounded in action (2nd occasion) near Amiens, France. That same day, Pte Cook was transferred to the 61st Casualty Clearing Station, France where he died of his wounds, aged 19. He is buried in the Vignacourt British Cemetery, France.