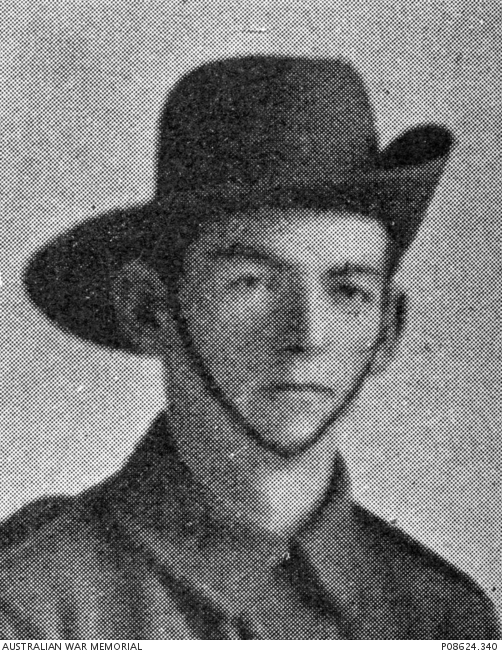 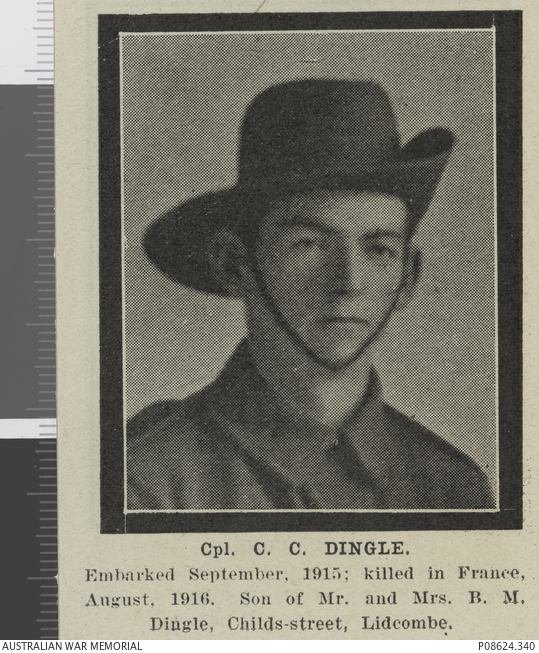 Studio portrait of 3034 Private (later Corporal) Clio Claris Vale Dingle, 13th Battalion of Lidcombe, NSW. An electroplater prior to enlisting, he embarked from Sydney aboard HMAT Ballarat (A70) on 6 September 1915. On 30 August 1916, aged 22, he was in action in a front line trench at Mouquet Farm, France and was killed by an enemy shell along with eight others. He has no known grave and is remembered with honour on the Villers-Bretonneux Memorial, France. His brother 3035 Lance Corporal Volo Vince Adams Dingle (P08624.341) was killed at Mouquet Farm, France on 12 August 1916.