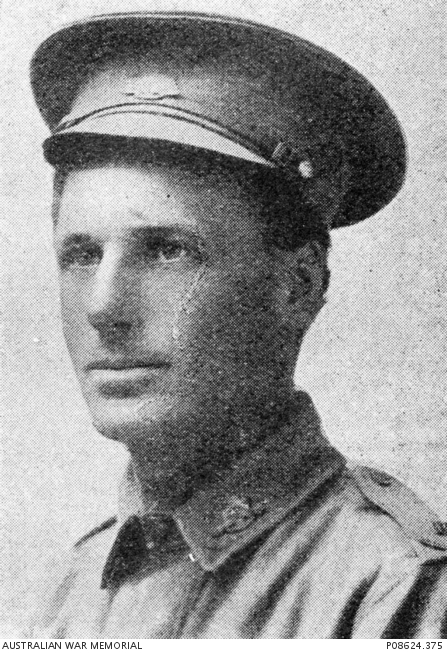 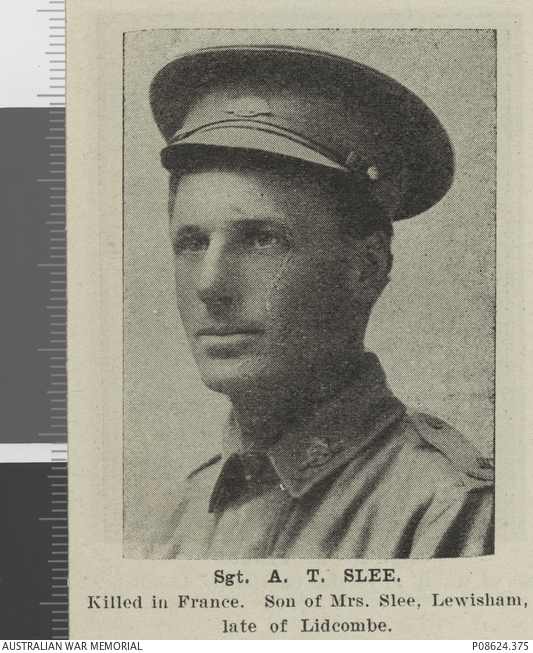 Studio portrait of 436 Private (later Sergeant) Arthur Thilthorpe Slee 13th (later 45th) Battalion of Marrickville, NSW. A painter prior to enlisting, he embarked from Melbourne aboard HMAT Ulysses (A38) on 22 December 1914. He was killed in action at the Somme, France on 15 August 1916, aged 32. He has no known grave and is remembered with honour on the Villers-Bretonneux Memorial, France.