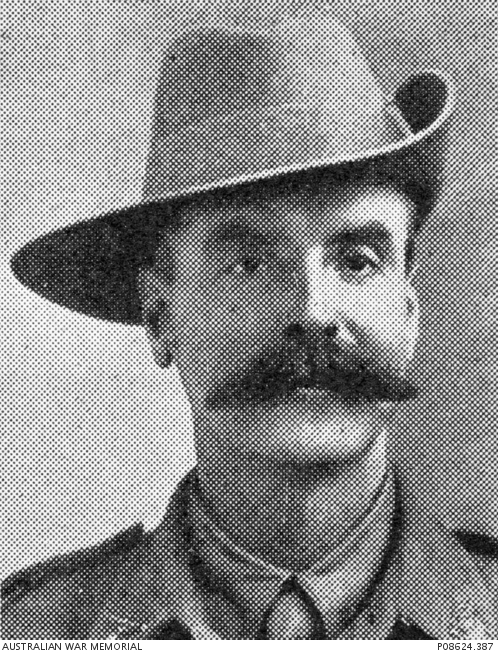 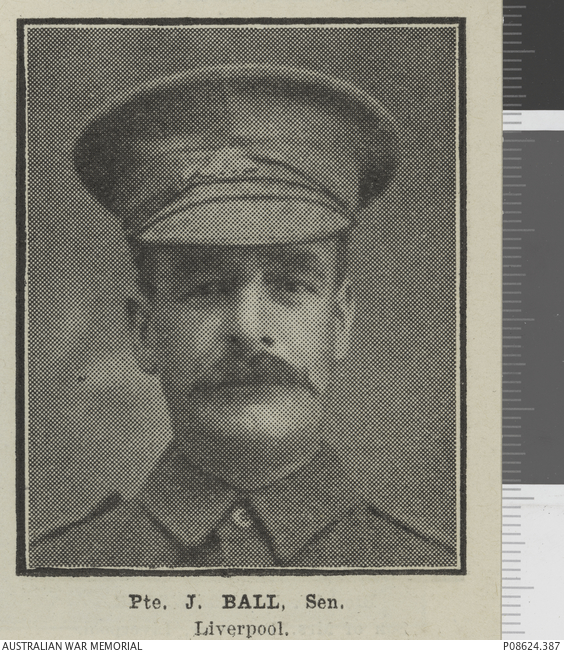 Studio portrait of 5332 Private (later Lance-Corporal) Edgar Alexander Baxter, 4th (later 56th) Battalion of Croydon, NSW. A labourer prior to enlisting, he embarked from Sydney aboard HMAT Ceramaic (A40) on 14 April 1916. He was wounded in action at the Somme, France on 3 December 1916 and died of his wounds in the No. 1 Australian General Hospital, Rouen on 4 December 1916, aged 40. He is buried in the St Sever Cemetery Extension, Rouen, France.