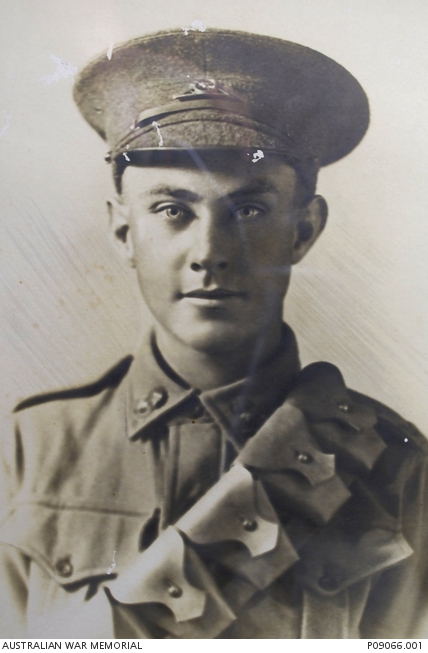 Studio portrait of 10755 Gunner (Gnr) Leonard Clifford Borchers, 6th Field Artillery Brigade, of Unley, SA. An apprentice carpenter prior to enlisting in September 1915, Gnr Borchers embarked from Melbourne with the 2nd Reinforcements on board HMAT Afric (A19) on 5 January 1916. After further training in Egypt, he arrived in France for service on the Western Front on 23 March 1916. On 27 November 1916 he was wounded in action by a shell explosion at Flers, France, and died at a dressing station later that day. Gnr Borchers was 19 years of age.