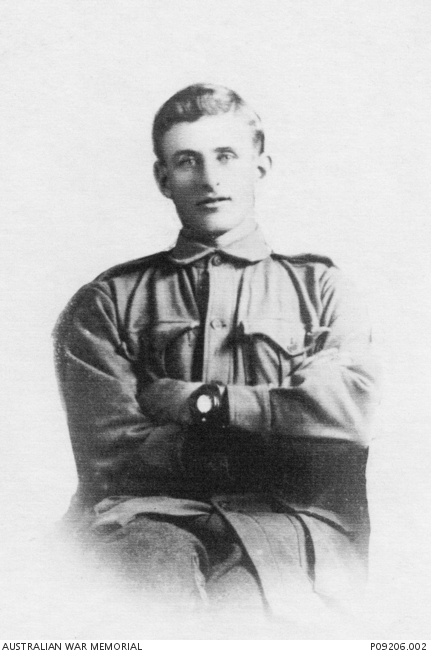 Studio portrait of 244 Private (Pte) David Thomas Johns, 4th Battalion, of Bulli, NSW; formerly of Langharne, Wales. A miner prior to enlisting in August 1914, Pte Johns embarked from Sydney on board HMAT Euripides (A14), on 20 October 1914. His Battalion landed Anzac Cove on 25 April 1915 and remained until the evacuation in December. Pte Johns arrived in France for service on the Western Front in April 1916 and was promoted to Lance Corporal in August. He was killed in action at Mouquet Farm, Pozieres, France, on 18 August 1916. L/Cpl Johns was 25 years of age. A younger brother of L/Cpl Johns was a member of the British Army. Pte John James John, 24th Battalion, Welsh Regiment, was killed in action in France on 21 September 1918.