Group portrait of three members of the 50th Battalion AIF. In the centre is 2954 Private James ... 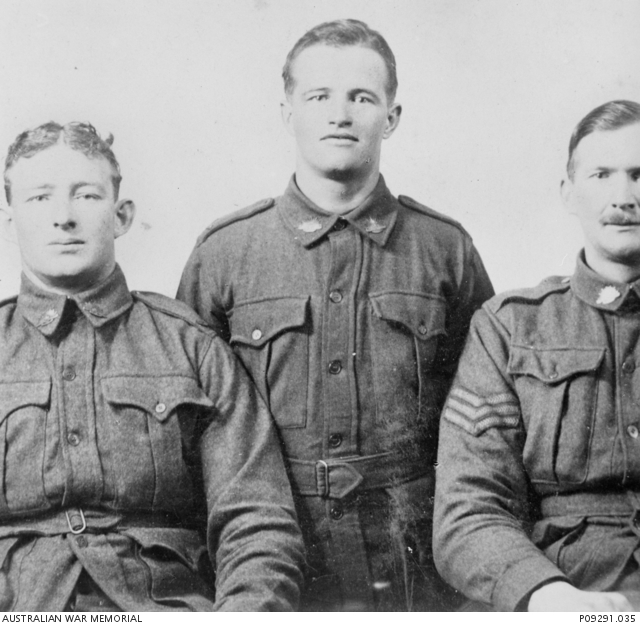 Group portrait of three members of the 50th Battalion AIF. In the centre is 2954 Private James Edward Morrison from Port Lincoln, South Australia. An 18 year old labourer who first enlisted in the Light Horse on 14 December 1914 but became ill and was in hospital from 15 April 1915 until 15 July 1915 when he was discharged as medically unfit for further service. He enlisted a second time on 10 December 1915, initially in the 13th Training Battalion. He served for a short time in the 32nd Battalion before joining the 50th Battalion on 13 May 1916. On 6 November 1916 he embarked from Adelaide aboard HMAT Afric. While serving in France he was twice reported wounded, the second time on 10 June 1917 at Messines. This entry was later amended to killed in action on 12 June 1917. He is commemorated on the Menin Gate Memorial at Ypres, Belgium with others who have no known grave. The other two soldiers are unidentified.