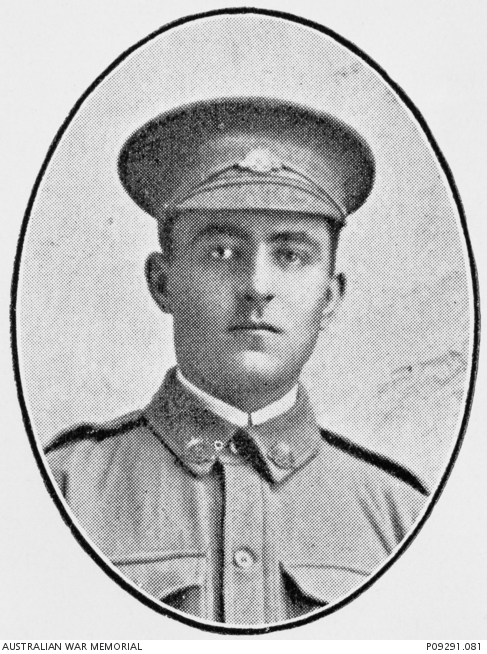 Portrait of 4275 Corporal (Cpl) William Alfred Spurling, 50th Battalion from Glencope, Waikerie Line, South Australia. A 22 year old farm labourer prior to enlisting on 13 August 1915, he embarked for overseas with the 13th Reinforcements of the 10th Battalion from Adelaide on 11 January 1916 aboard HMAT Borda. After arriving in Egypt, he transferred to the 50th Battalion and proceeded with them to France in June 1916. While serving on the Western Front, he was promoted to Lance Corporal on 29 October 1916 and to Corporal on 1 February 1917. He was wounded in action at Noreuil, France on 2 April 1917 and evacuated to England for medical treatment. Cpl Spurling died from septicaemia in the Camp Hospital No 2 Command Depot, Weymouth on 16 August 1917 and was buried in the Melcombe Regis Cemetery, Weymouth, UK.