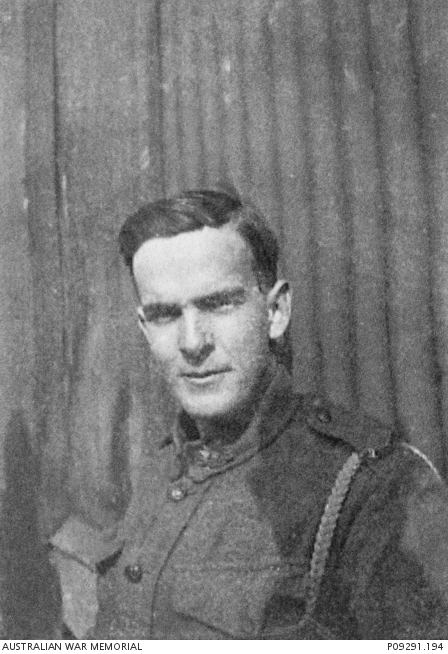 Portrait of 3178 Corporal (Cpl) Herbert George Liddington, 32nd Battalion. A school teacher from Narrogin, Western Australia, prior to enlistment as a Private in the 28th Battalion, he embarked with the 7th Reinforcements from Fremantle aboard HMAT Medic on 18 January 1916 for Egypt. On 6 April 1916 he was transferred to the 32nd Battalion which relocated to the Western Front, France, in June 1916. He was promoted to Corporal in October 1916 and was then transferred to the 8th Training Battalion in England in late December 1916 with the rank of Acting Sergeant. In early September 1917 he reverted to his permanent rank of Corporal and then rejoined the 32nd Battalion on the Western Front. Cpl Liddington was killed in action at Polygon Wood, Belgium, on 28 September 1917. He has no known grave and he is commemorated on the Ypres (Menin Gate) Memorial, Belgium. He was aged 21 years.