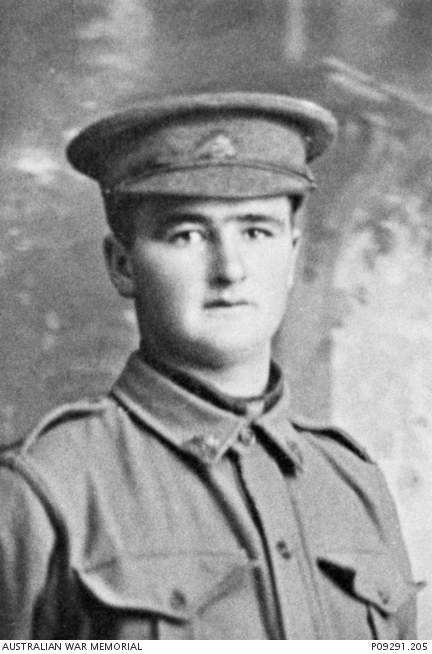 Studio portraitof 4792 Private (Pte) Harrold Glanville George, 32nd Battalion. A farmer from Wilmington, South Australia, prior to enlistment, he embarked from Adelaide with the 12th Reinforcements of the 27th Battalion aboard HMAT Aeneas on 11 April 1916 and was hospitalised in Colombo with measles. When he arrived in Alexandria in June 1916 his battalion was already relocated to the Western Front. He embarked for England and following training proceeded to France where he was transferred to the 32nd Battalion in Strazeele, France, on 16 October 1916. He was hospitalised again for six weeks in November and December 1916 with mumps and rejoined his new battalion at Dernancourt. Pte George was killed in action near Polygon Wood on 30 September 1917 and is buried in the Hooge Crater Cemetery, Belgium. He was aged 20 years.